You’re probably familiar with Cain’s story, Lamech maybe not as much. These two men from the Old Testament both demonstrate an approach to confront and deal with our sin, though the outcomes are very different. Cain, though an unlikely example, offers an excellent paradigm for what it looks like to have an ongoing relationship with God.

Cain is remembered for committing the first murder when he killed his brother in a jealous rage. Genesis 4:10 records that God confronts Cain with his sin and tells him that he’s banished from God’s presence, destined to live as a fugitive and wanderer on the earth. Cain cries out to God for mercy, which may seem like an incredibly cheeky thing to do, for someone with blood on his hands, but Cain clearly knew enough about God’s character to appeal for mercy.

Even in his righteous judgment, the Lord responds to Cain’s plea with a gesture of grace. He places a mark of protection on him and says, “If anyone kills Cain, he will suffer vengeance seven times over.” (Genesis 4:15) Note that Cain is still banished, but because he called on the Lord, even in his punishment God demonstrates mercy.

Later in Genesis, we read about Lamech, who commits the second murder. Like Cain, Lamech speaks about his guilt, but instead of crying out to Yahweh, he assumes the same mercy extended to Cain will be extended to him. But there is no indication in the text that his words are sanctioned by God, and thus I don’t think God is bound by Lamech’s insistence that God avenge him.

We are given these parallel stories to show us something about the Lord’s character and how he invites us to deal with our sin. Lamech takes matters into his own hands and declares that anyone who touches him will be in big trouble. When Cain is confronted with his sin, he calls out to God and is met with grace. This theme is echoed at the end of the chapter, “At that time, people began to call on the name of Yahweh.” (Genesis 4:26)

We don’t have to wait until we get to the New Testament to see a God who meets us with grace and mercy. 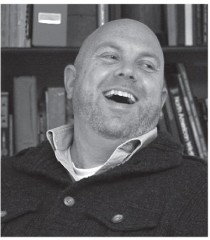